Left early to get to the Vatican City which is 20 minutes from my hotel. Tram in front of my hotel took just 2 blocks from the museum entrance. At 8:00 my group entered ad walk through the museum to get to the Sistine Chapel. We were allowed to enter prior to the general public being allowed entrance later. We were given 20 minutes in the chapel with about 50 other people to view the ceiling. The room is illuminated only by the natural light coming in through the windows so it is somewhat dim. Because there aren’t a lot of people in there I could sit on a bench and view the ceiling easily. No photography is allowed and no talking.
We then return back through the museum which was a little disappointing. After seeing the Louvre, British Museum, the Academia Florence and the Tutankhamun display in Chicago, this just doesn’t have any punch. Many building pieces that were once part the Roman buildings such as mosaic floors, marble columns, bronze, were all taken and used to build parts of the Vatican and St. Peters.
On to the Bascilica of St. Peter’s to end the tour. Once again my guide was very good and explained a lot as we went through the Vatican. After climbing the 463 steps in Florence, I decided to to not tackle the 520 steps to the top of the dome at St. Peter’s.
This evening was spent going to Piazza Navona and having wine by the Bernini fountains then on to a recommend restaurant near by. The restaurant, il Corollo, was located on this narrow street with sidewalk tables and the food was excellent. Best food so far in Rome. 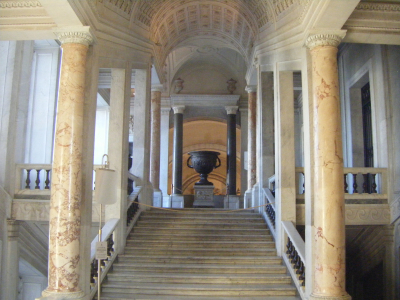 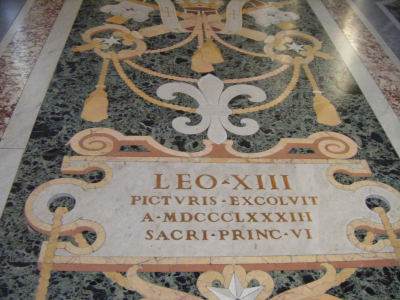 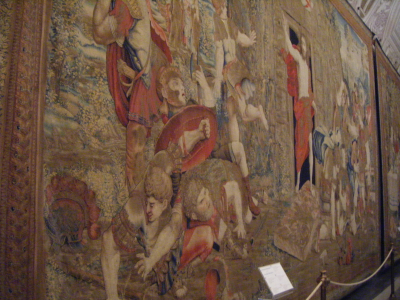 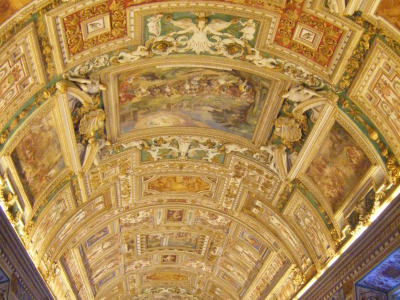 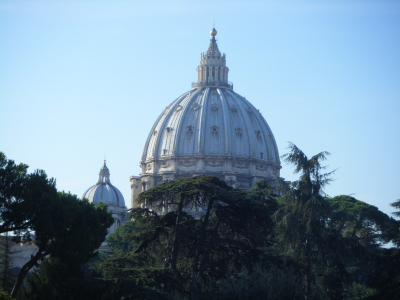 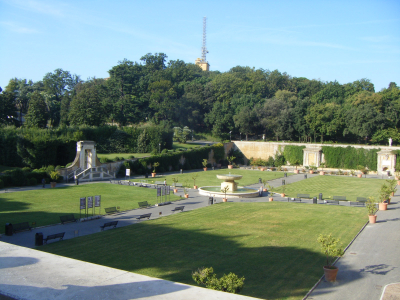 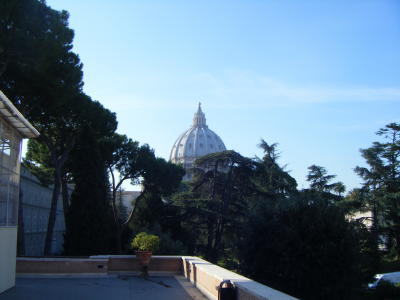 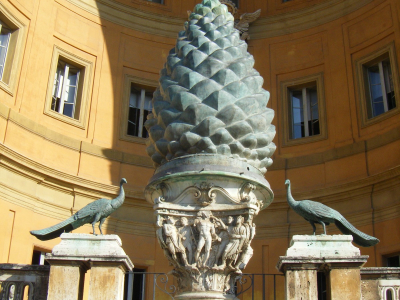 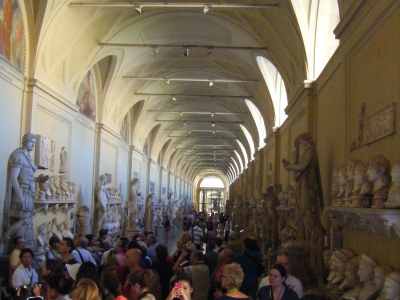 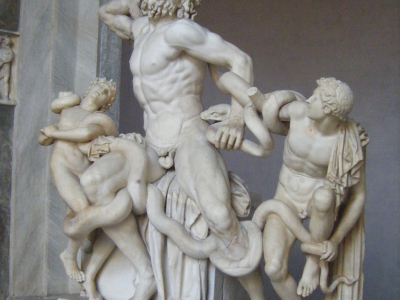 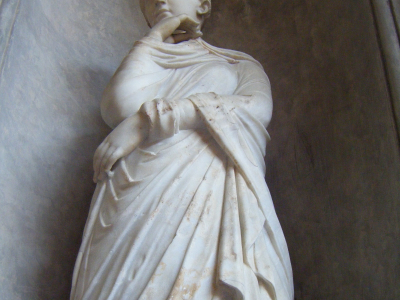 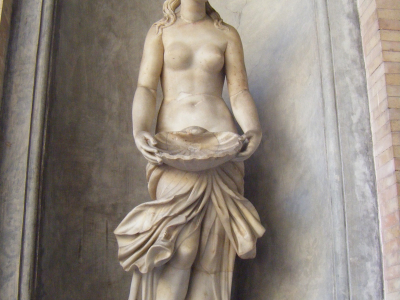 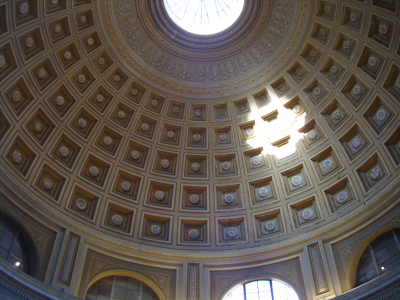 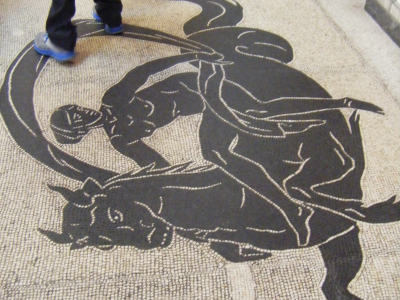 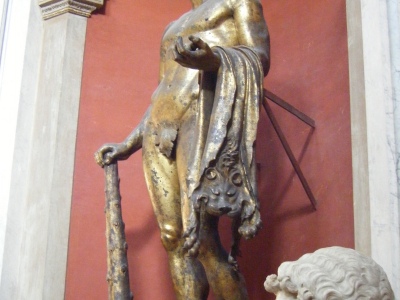 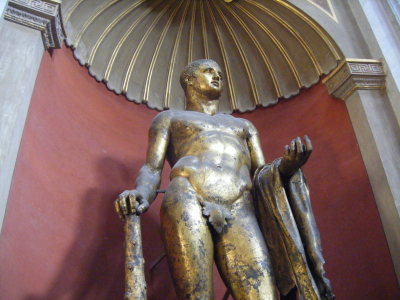 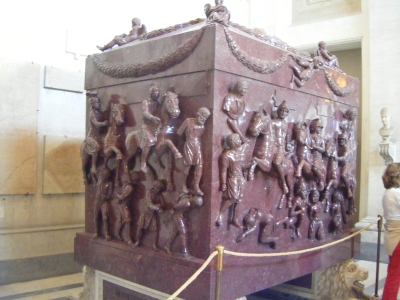 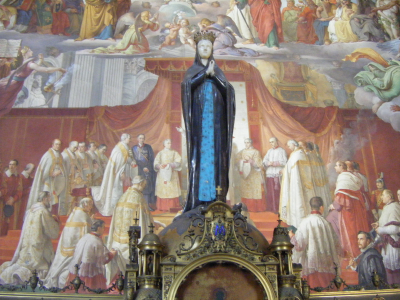 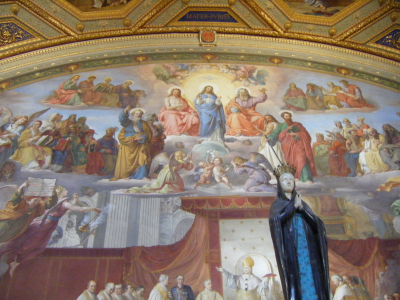