It was raining this morning when I left Munich but, let up shortly after leaving. Train was packed and I finally found a seat next to three cute young ladies from Beijing. They were just doing a day trip to Salzburg and heading back to Munich tonight. By the the time I arrived in Salzburg the clouds were breaking up and the sun was shining through.
Easy bus ride to Mirabellplatz just one block from my hotel in the old part of town. 1.30 € as opposed to 15.00 € for a taxi. Hey, I am getting the hang of this travel stuff. Cool neighborhood with narrow streets lined with sidewalk cafes and shops. Mozart’s birthplace and childhood home right around the corner from my hotel. His Salzburg adult home is across the river.
Walked across the river and took the funicular up to the castle Hohensalzburg Fortress. It had a short audio tour explaining the history. It was built to store salt and defend against those who would want to steal it. Salt was a very valuable commodity for centuries because it was used to preserve meat. It made Salzburg a very prosperous city. Salz is german for salt, thus the salt city.
Tomorrow I will travel out to one of the salt mine towns called Hallstatt. It is a world heritage site and beautifully situated on a lake in the Alps.
I did a good bit of walking again today so I am back at my room resting until later when I hope I can find some music. There are several venues that feature compositions by Mozart.
Weather is now sunny and beautiful so it should make for a great evening.
After a short rest at the room back out for a beautiful evening walk in Salzburg. I couldn’t find the concert hall but what a great night for a walk. The city is lit up and gorgeous at night.
Back by my hotel I spot a sidewalk cafe with desserts and ice cream. Oh yes I did! Warm apfelstrudel with a scoop of ice cream and a cappuccino.
They say if you sit at a restaurant table in Europe it’s yours for the day. Well I gave that a test tonight as the evening was great for people watching and the weather perfect. For 1 1/2 hours I sat in total bliss, sucking in the atmosphere of the old city and the people around me. To the left of me, two elderly couples were adding up what each other order and counting it to the pennies. Just split the bill down the middle, you’re not going to the poor house over a euro. In front of me two lesbian couples out on the night. The only downside is people smoke and even when outside the smoke can travel your way.
Back at my room writing todays entry with the headset on, listening to Rush, STP, Cheap Trick & Pearl Jam. It’s nights like this that can last forever. That cappuccino is going to keep me up for while. Good thing the tour to Hallstatt doesn’t leave till noon.
Hopefully the weather will last through tomorrow for another fine day. 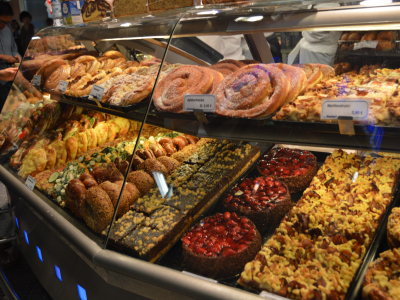 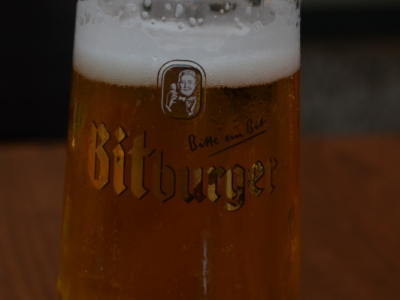 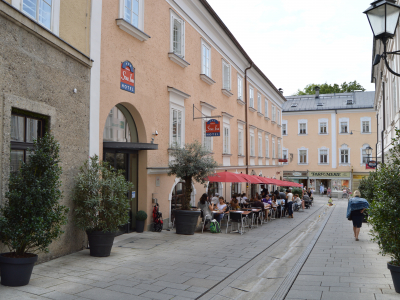 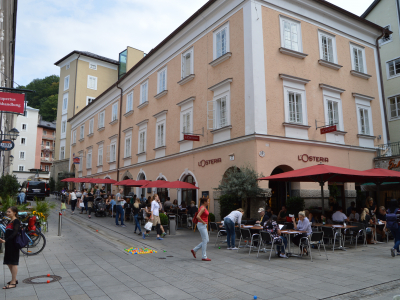 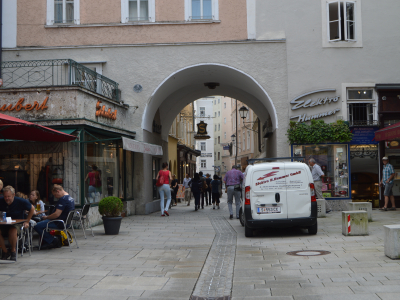 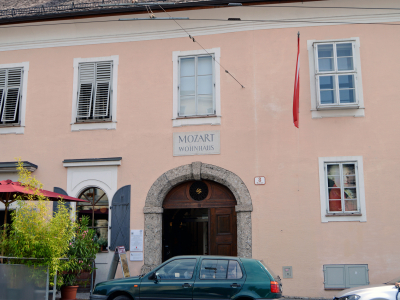 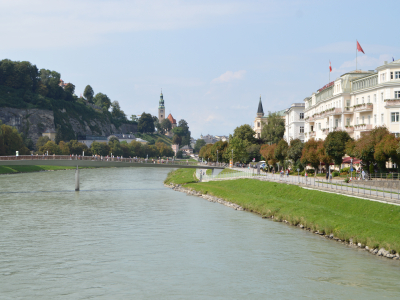 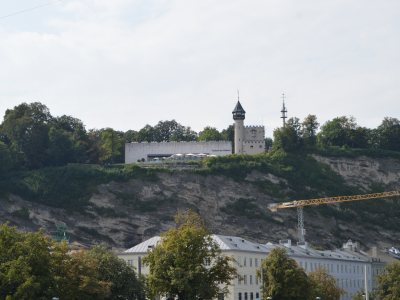 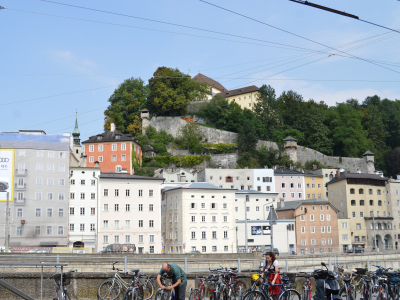 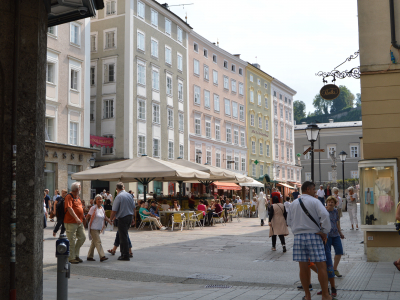 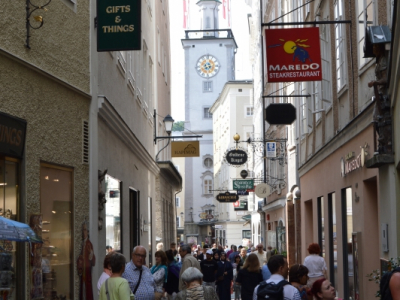 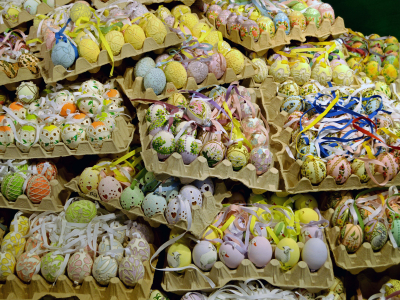 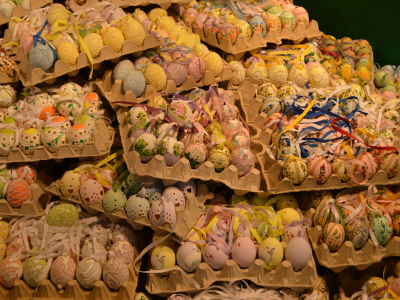 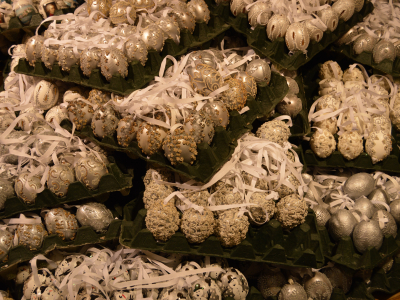 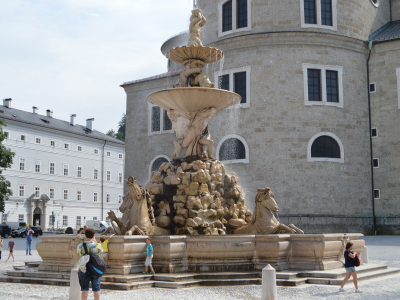 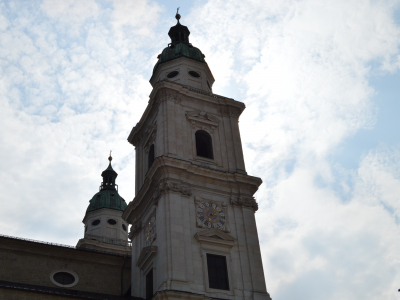 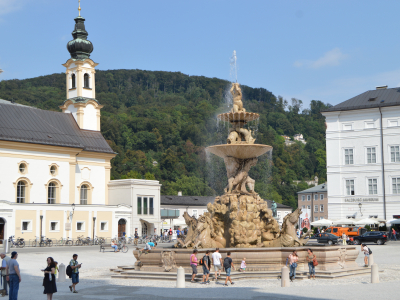 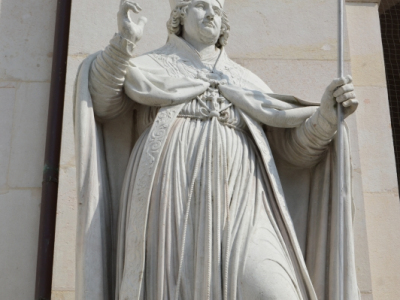 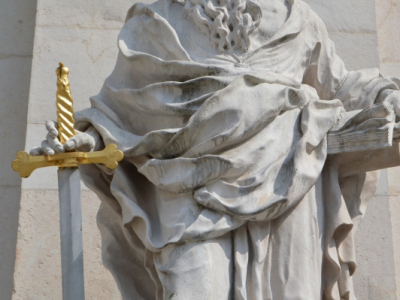 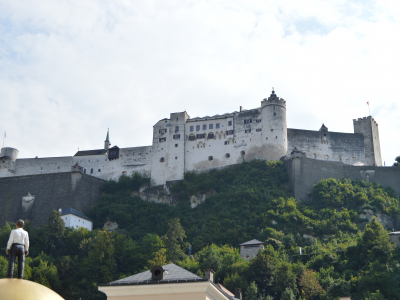