After getting up and getting ready I packed everything up and checked it with the reception. Out for a one last stroll of Aix-en-Provence. It was a beautiful morning and there were now vendors out where the clothnig vendors were yesterday selling antiques. Eveything from glassware, rugs, furniture, sliverware, pictures, jewelry, toys and even a guy selling old cameras and lens. The ones that used flim, remember?

I had a hard time finding a cafe open for coffee until 9:30. Just because it’s Sunday, really? There is a chain of coffee shops in France called “Paul” and even they didn’t open till 9:30.

Caught the train to Marsielle and the train gojng to Nice as delayed by 50 minutes. Not many people riding the train on Sunday. When I arrived at Nice the hotel is only two blocks from the train station and I am quite happy about the room. It has two french doors that open onto a small balcony overlooking the small Mozart park. The room is big and the bathroom has a tub. It is also about 5 blocks from the Promanade Anglais where the terrorists attack occurred on July 14, 2016. It is all blocked off to street traffic and is strictly pedestrian friendly now.

I was really hungry and most restaurants don’t start serving food again until 7:00 pm. That’s the thing here, many close for lunch at 2 or 3 and then don’t serve food again until 7 ormlater.  The only I recognized sevring food was Hard Rock Cafe. I couldn’t wait another 2 1/2 hours to eat so I dropped in and ate a burger and had a Heini.

Walked along the beach and tried to take some photos as the sun went down. Found a pharmacie opened and waited in line to ask for some bath salts. They didn’t understand “sels de bain”. That’s what google translate said! That isn’t the first time google translate got it wrong on the trip, they had thank you wrong in Catalan.

Back to the hotel and off to Monte Carlo tomorrow. 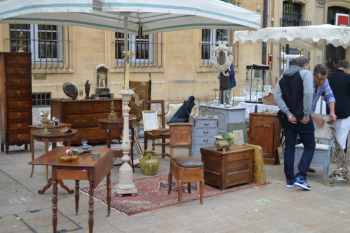 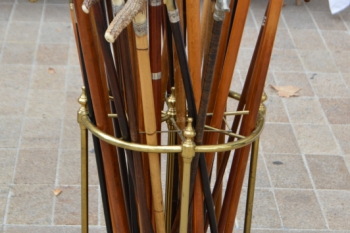 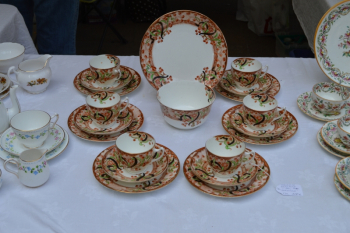 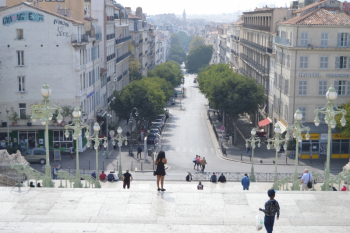 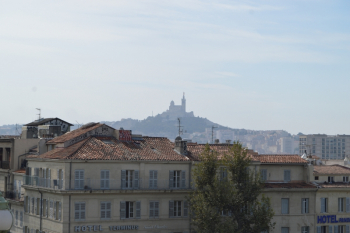 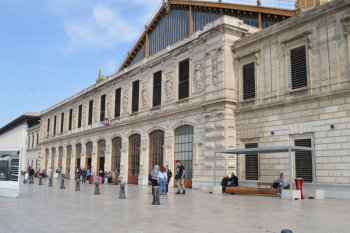 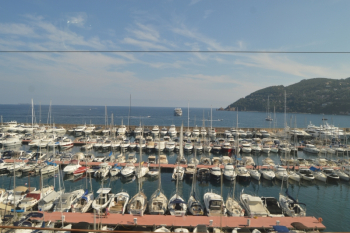 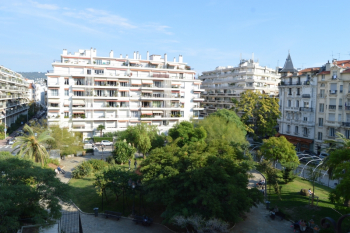 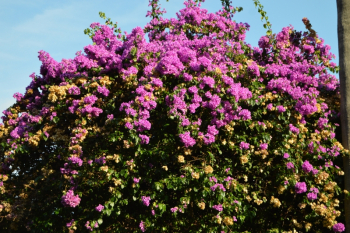 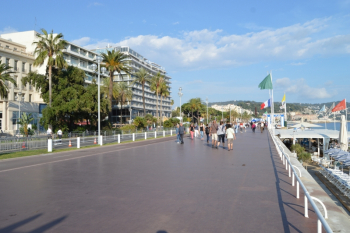 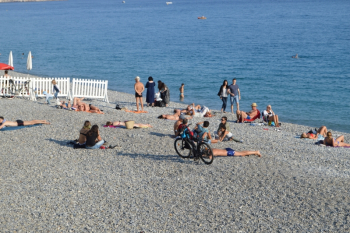 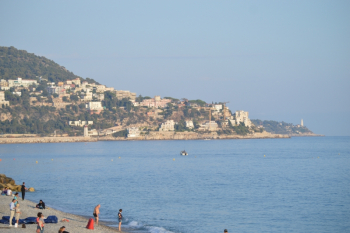 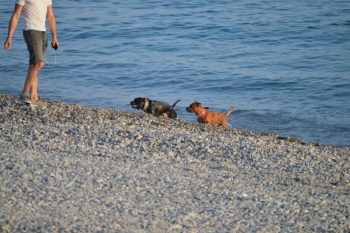 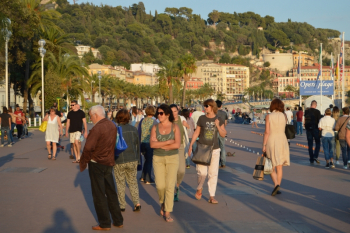 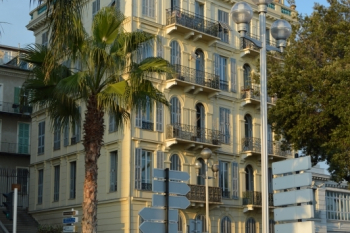 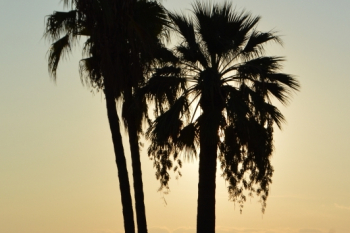 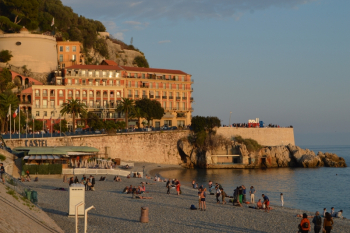 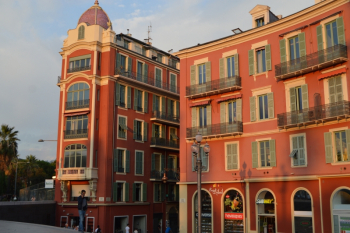 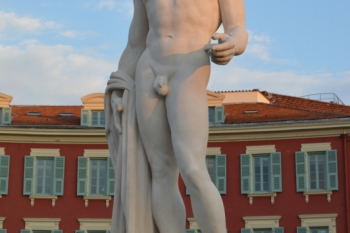 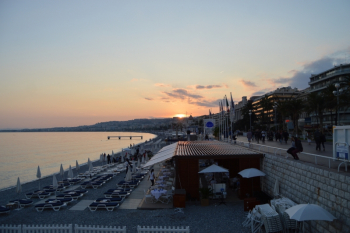