Slept in a bit this morning as I have a light day and a heavy one tomorrow. The sun was out this morning but, the wind was blowing and it felt quite cool.  Jumped on the 11:38 train to Nîmes just a 30 minute ride away.

Nîmes was another one of those major Roman cities of southern Gaul. Even though it is only 30 minutes away it is not in Provence but, in the Langaudoc-Rousillon region.

Like Arles it still has its own Nîmes Arena and the only still standing Roman temple Maison Carée all other  Roman temples are in ruins. Took another tour of the arena but, this one supplied and audio headset. They went into a very detailed desription of Nîmes history during Roman times, a background on galdiators and a how the sequence of events in the day of an event at the arena. They said 90% of the losing galdiators were spared their lives. Only those who not show enough courage were killed and when one was acutally killed in combat the owner of the galdiator was paid for his loss.

There is also a very beautiful fountain park called Jardins de la Fontaine. Canals built in the 18th century surround the park. They were used to contain large amounts if water to power the texitle industry, which was very prominent at that time. There is also the ruins of the Roman temple of Diana in the park.

Nîmes, unlike Avignon & Arles has more of a Paris feel. The boulevards and buildings remind me a lot of the Paris but, only cleaner. If one where to retire to France, Nîmes would be a fine choice.

About an hour after arriving the sun came out and off came the jacket. A little Keba for lunch with frites and a coke for €4,50 and I am a happy man. On the train back to Avignon at 4:51 and back to the hotel room. Dinner tonight and a big day tomorrow. Pont du Gard and some of the most beautiful hill towns in France. 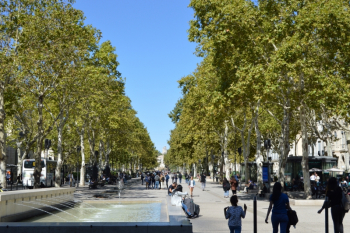 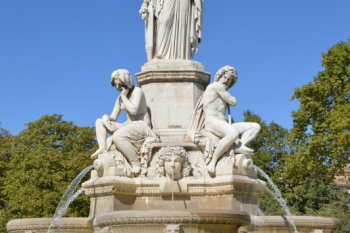 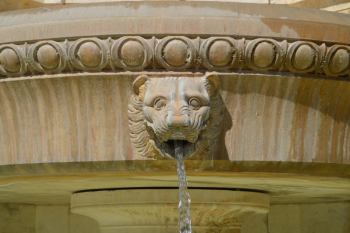 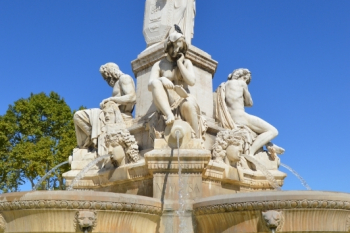 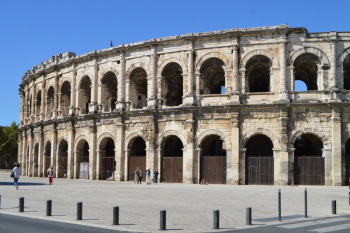 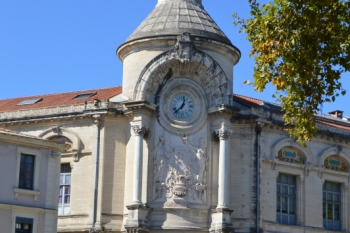 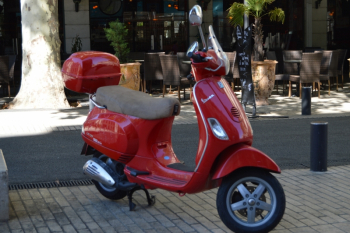 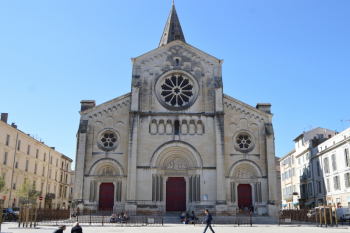 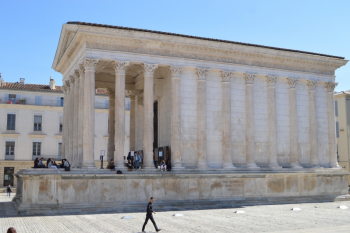 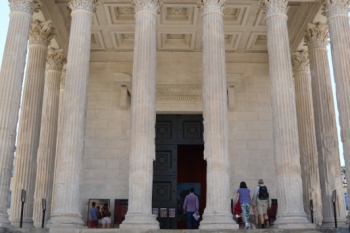 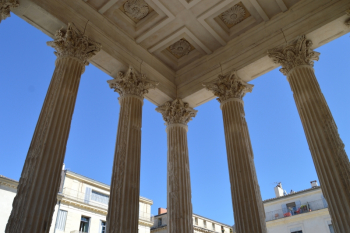 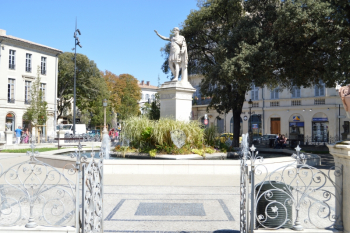 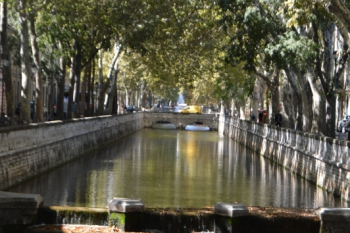 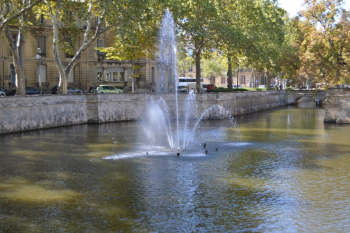 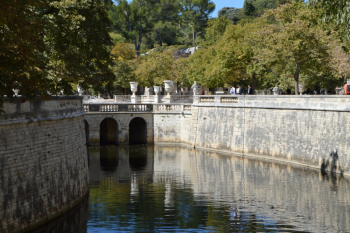 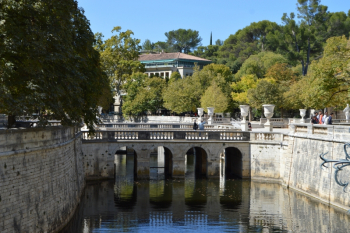 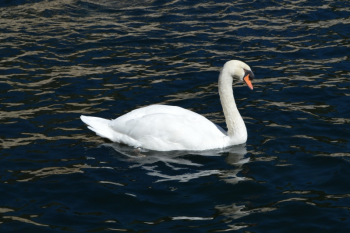 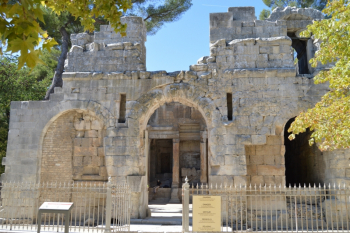 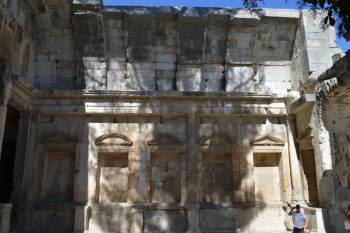 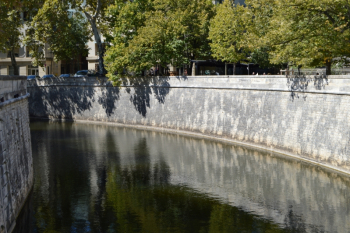