Many forms of governments today originated in European countries. Evolving from the first forms of democracy in Ancient Greece to todays European Union. The political philosophies of ancient Greeks like Plato stimulated the medieval period and Magna Carta. The emergence of Renaissance politics lead way to the Enlightenment period of Hobbes, Locke, Rousseau and others. These theorists, more than any others, influenced Franklin, Jefferson & Adams in America.

Industrialization gave way to another thought by Marx, Engles and others. Urbanization and capitalism led to forms of social reforms. primarily Communism. In other areas social democratic reforms led to universal suffrage.

In a parliamentary republic, the head of government is selected by, or nominated by, the legislature and is also accountable to it.

System in which a prime minister is the active head of the executive branch of government. The head of state is a constitutional monarch who normally only exercises his or her powers with the consent of the government, the people and/or their representatives.

Republic – Presidential without a Prime Minister

Systems in which a president is the active head of the executive branch of government, and is elected and remains in office independently of the legislature.

A council jointly exercises the powers of both head of state and head of government. The council is elected by the parliament, but it is not subject to parliamentary confidence during its term which has a fixed duration.

The prime minister is the nation’s active executive, but the monarch still has considerable political powers that can be used at their own discretion.

Specifically, monarchies in which the monarch’s exercise of power is unconstrained by any substantive constitutional law.

Republic – Presidential with a Prime Minister

Full presidential system, the president is both head of state and head of government. There is generally no prime minister, if one exists, he or she serves purely at the discretion of the president.

The president chooses the prime minister and the cabinet without the confidence vote from the parliament, but must have the support of the parliament majority for their choice.

The Motto of the European Union is:
“Unity through Diversity”. 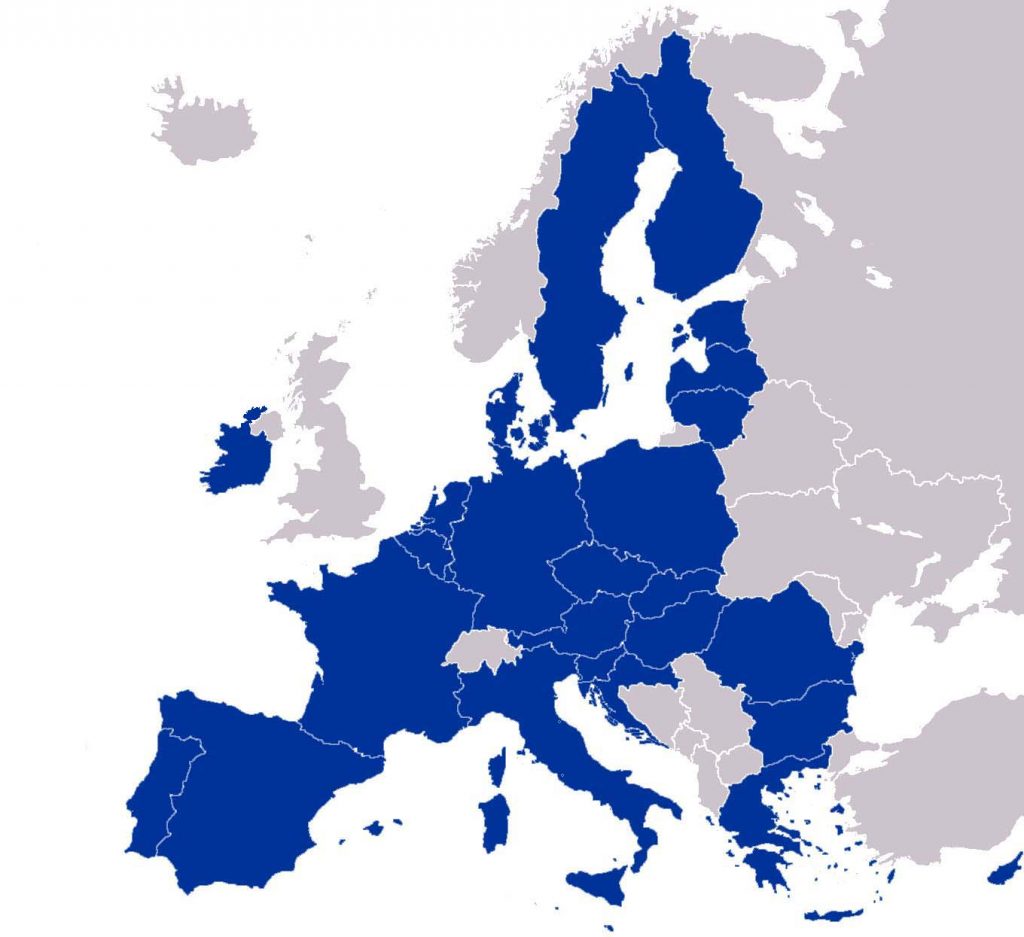 Currently their are no military dictatorships, one-party states or transitional governments in the European Union.

The European Union has evolved from a concept after the second world war by several countries. In 1951 at the Treaty of Paris, Belgium, France, Italy, Luxembourg, The Netherlands and West Germany, formed the European Coal and Steel Community (ECSC). The aim was to  unified countries with common interests, avoiding conflict that leads to war, yet letting countries operate autonomously. This unified the countries still allowing them their identity.
In 1958 the European Economic Community (EEC) was formed between six countries Belgium, France, West Germany, Italy, Luxembourg and the Netherlands. Its aim was to create economic and trade cooperation while still being economically independent and avoiding conflicts.
Commission (EURATOM). French Foreign Minister Robert Schuman believed in finding common areas of interests, as well as beneficial, made war more unthinkable and unnecessary. As this concept grew and more countries joined, more areas of interests, like banking and justice were agreed upon and added. Then in 1992 the Maastricht Treaty was signed by 12 member countries forming the now European Union. It has a governing body that each member country elects representatives to the European Parliament. From this has also came the Schengen Agreement. This was signed in 1985 by 5 EU states to create borderless areas between European countries allowing for freedom of movement. As of today 26 countries are members of the Schengen area, with 4 being non-members of the EU. That initial cooperative effort spread into other policy areas with the involvement of even more countries. Areas such as mobility, stability, common currency, human rights, aid assistance, environmental issues and government transparency. That growth led to the evolution of the European Union in 1993. As of today 28 countries are involved in the European Union.

Freedom of Movement in Europe… Traveling from one Schengen member country to another is like going from California to Arizona. No security border crossings or customs. For the traveler in Europe it is hassle free with no time consuming border entries. It has been a great benefit for the economies with the easy movement of goods and services. Its detractors are argue it is a security risk with recent terrorists attacks and need to be modified. Some far right groups want the borders closed to all and non-citizen travelers and emigrants.
In addition to the European Union, European countries have agreed on certain polices for both EU and non-EU members. They are;
– Removal of checks on persons at the internal borders
– A common set of rules applying to people crossing the external borders of the EU Member States
– Harmonization of the conditions of entry and of the rules on visas for short stays
– Enhanced police cooperation (including rights of cross-border surveillance and hot pursuit)
– Stronger judicial cooperation through a faster extradition system and transfer of enforcement of criminal judgments
– Establishment and development of the Schengen Information System (SIS). The North Atlantic Treaty of 1949 brought nations together to cooperatively safeguard the security and freedom of its member countries through political and military means. Below are listed member countries and the year they joined

Euro Zone – or euro area, is a monetary union of 19 member states of the European Union that have adopted the euro (€) as their primary currency and sole legal tender.
EEA – The European Economic Area (EEA) came into being on 1 January 1994 following an agreement between the European Free Trade Association (EFTA) and the European Union (EU). It was designed to enable EFTA countries to participate in the European Single Market without having to join the EU.
EFTA – The European Free Trade Association (EFTA) was established on 3 May 1960 as an alternative for European states that did not wish to join the European Union, creating a trade bloc with fewer central powers.
CEFTA – The Central European Free Trade Agreement (CEFTA) is a trade bloc of: Albania, Bosnia and Herzegovina, North Macedonia, Moldova, Montenegro, Serbia and the United Nations Interim Administration Mission in Kosovo (UNMIK) on behalf of Kosovo.
CIS – The Commonwealth of Independent States (CIS) is a confederation consisting of 9 of the 15 states of the former Soviet Union,
UN – All European nations are members of the United Nations with exception of Kosovo and the Holy See. The later has never applied for membership but, was been granted permanent observer state.

For more information on Schengen go to:
➾ Schengen Visa Info
➾ Traveler Rights while in the European Union