The plan was to get out of Brussels at a resonable time, like 10:00 and get off the train in Antwerp for a few hours then back on the train to Amsterdam. However, I couldn’t get a ticket fast enough because some people take forever at the ticket window. Seriously, this couple was up there, in the line I was in of course, for 30 minutes. Finally the agent told us to go to the next window. Now we are behind the people in that line and they are also mad. I often wonder why it takes them so long because it only takes me a minute to ask for the ticket, stick my credit card in the machine and walla.
So now two trains have come and gone and I have a ticket for a slower train with more stops that is to leave at 11:55 but it is running 15 late. We get to the first Antwerp station and we are stopped becuase supposedly some kids are playing fubol on the tracks. Another 20 minutes shot and we are now projected to reach Amsterdam at 3:45. That kills several hours in Antwerp so onward to Amsterdam.
As we get into the Netherlands it is quite apparent this is the lowlands. Water and ditches everywhere in the farm landscape. Also as we get closer it clouds over and starts to look like rain.
My hotel is literally one block east of the main train statiion and right on the main canal. The Hilton people in Europe have upgraded me in every hotel Ive been in, except the ones in the UK. Amsterdam was no exceptiion, another  suite with great views of the canal and old city.
Starting to rain and a bolt of lighting hit  so close that car alarms were going off in the streets.
Weather forecast does not look promising for the next several days. Gulp! 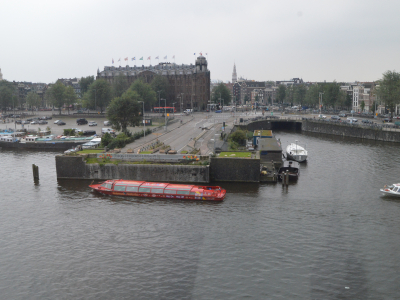 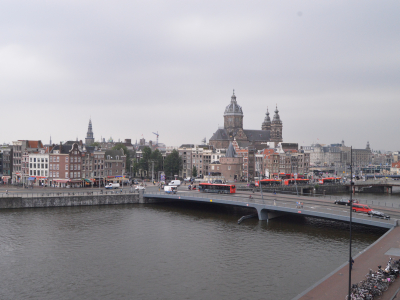 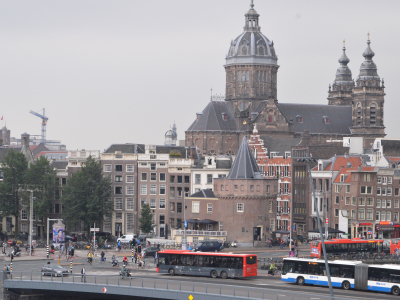 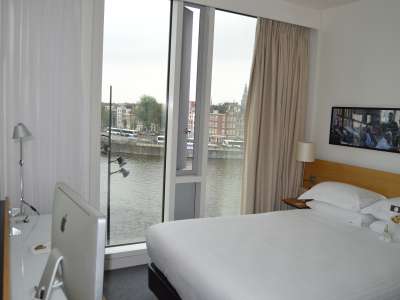 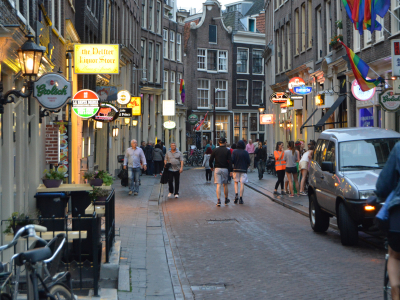 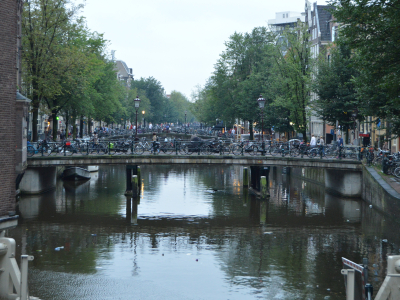 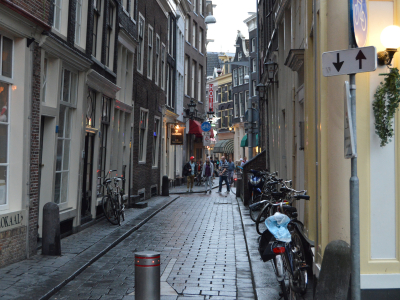 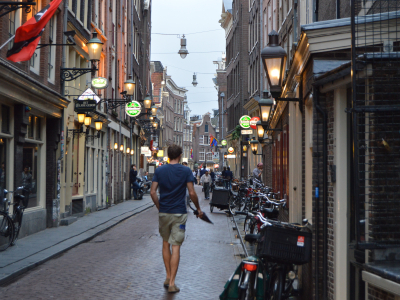 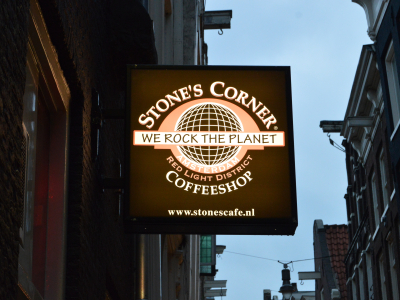 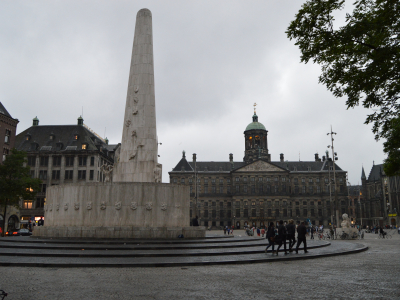 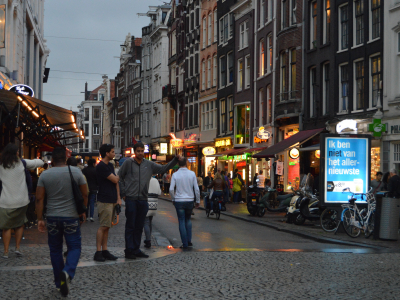 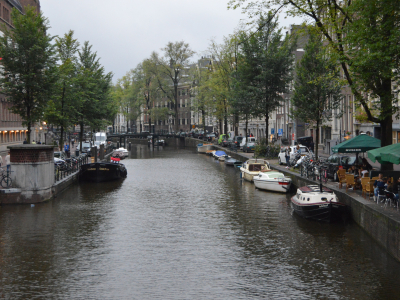 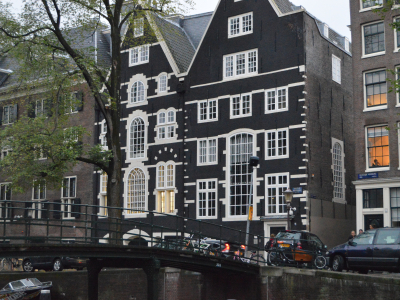 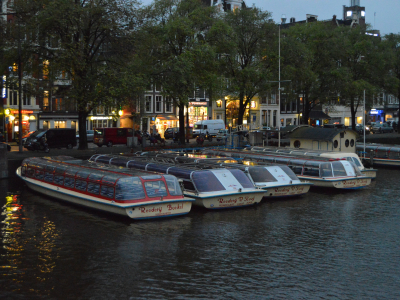 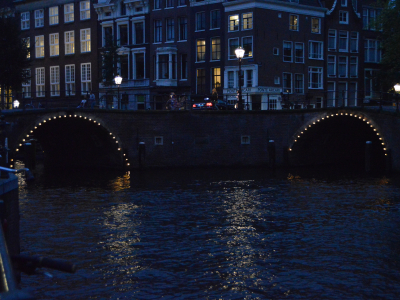 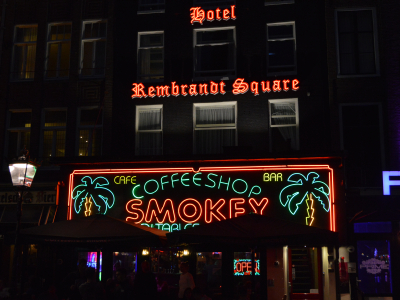 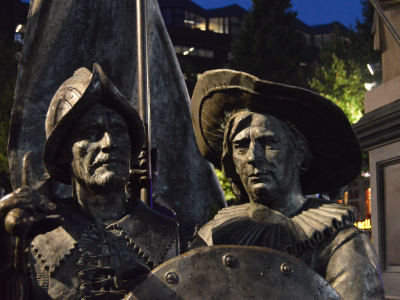 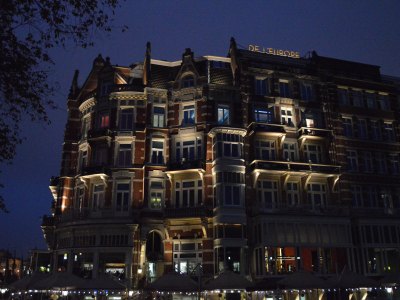