Apparently the Reichstag is getting as hard to get to see as the Eiffel Tower. I remembered what someone told me, get a reservation at the restaurant to avoid the lines and insure you’ll get into the dome. First thing this morning the front desk called when they opened and presto 3:30 pm confirmed.
I headed out to the east side gallery and to get there I had to cross the Spree River at the old Oberbaumbrucke bridge. Along the river on the old East Berlin side stands one of the longest continuous sections of the wall. They allowed artists to paint all over it with a collage of murals.
After that, up to Alexanderplatz where the Berlin TV tower is located.
Then to Humboldthian Park where the last remaining Flak Bunkers for WWII still stands. They had three of these protecting the city against allied bombers.
On to another remaining section of the wall at Bernauerstrabe. This area is a memorial because of all the people who lost their lives trying to flee East Berlin at this particular location. Notice how the East German’ s rip rows of houses out creating this buffer between the wall and others buildings. This eliminated people jumping out of 2nd and third floor windows to freedom on the other side. Watch towers where placed strategically for maximum visibility of the open areas be fore the wall.
Then to the Reichstag for my lunch and a great view of the dome inside and out. So happy I that I was able to see this up close.
Out to see the Olympic Stadium from the 1936 Olympics. After much controversy it was rejuvenated for the 2006 World Cup in Germany. Even though I couldn’t get into the stadium because of some event that night, it was quite impressive. The Nazis did everything on a big is better approach.
Great day, perfect weather again. What more can one ask for. 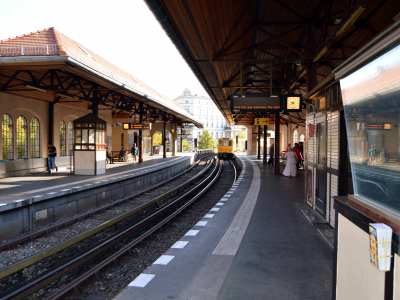 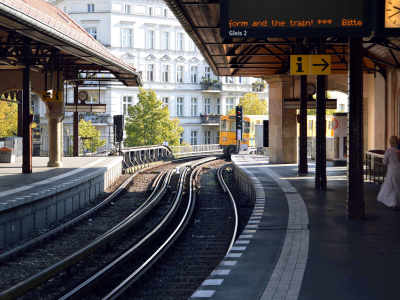 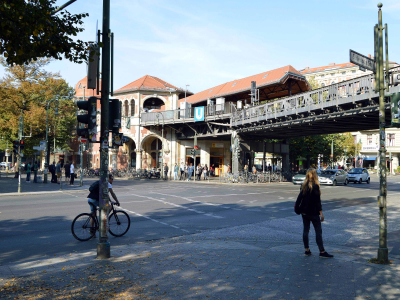 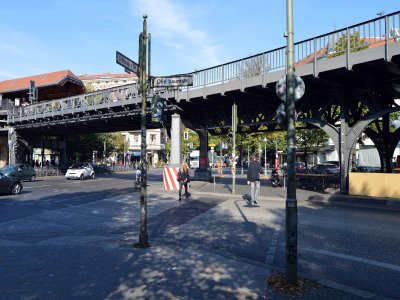 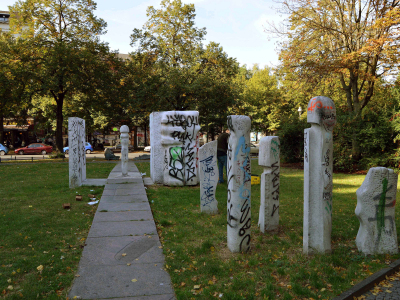 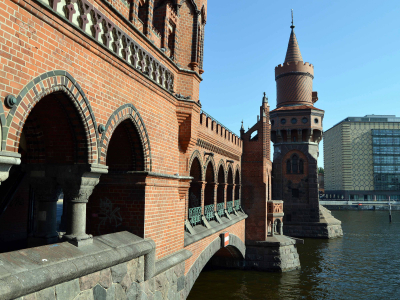 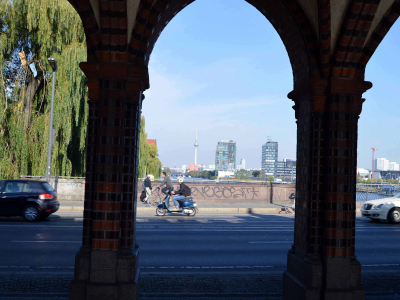 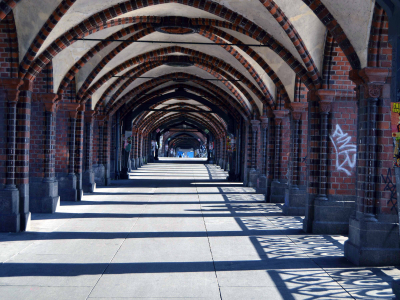 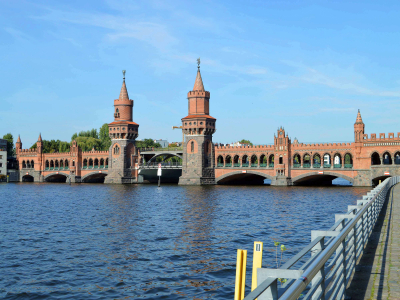 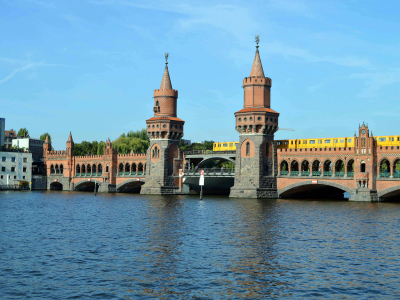 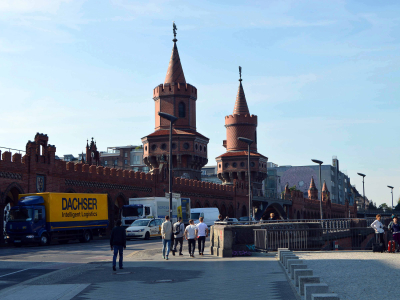 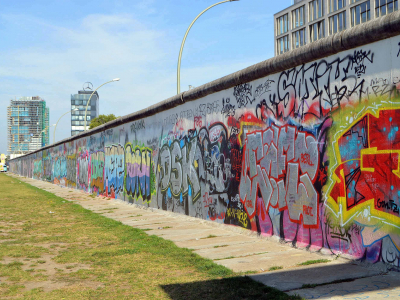 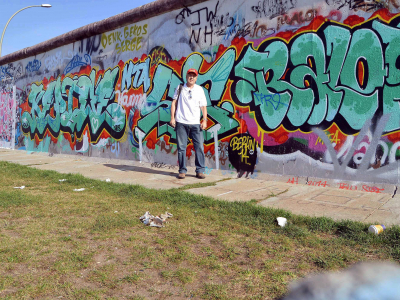 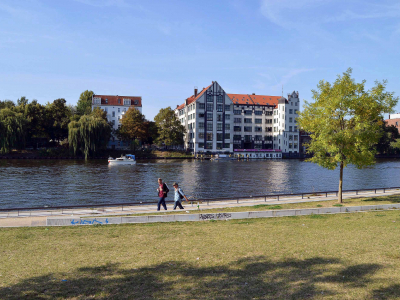 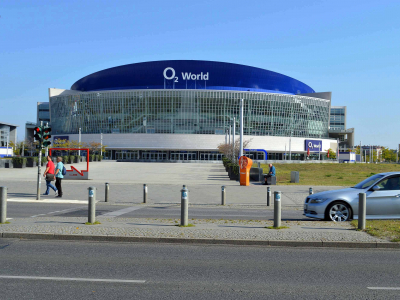 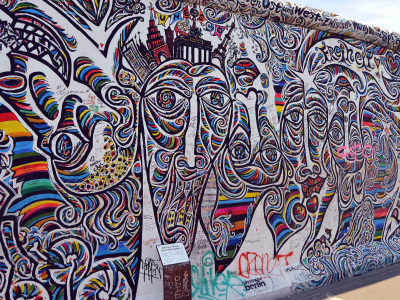 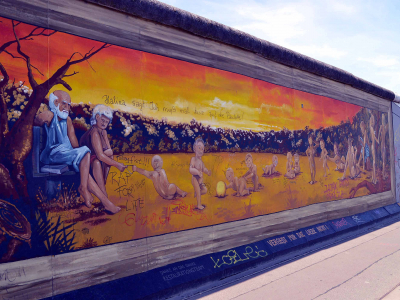 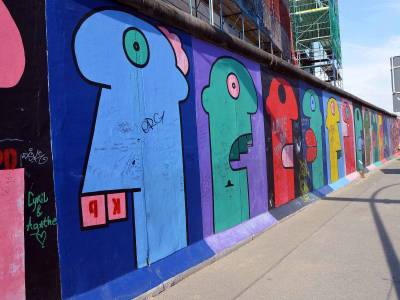 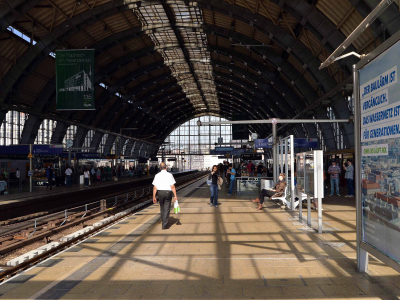 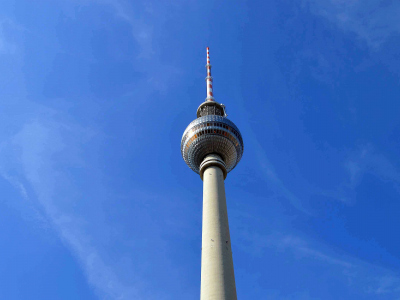